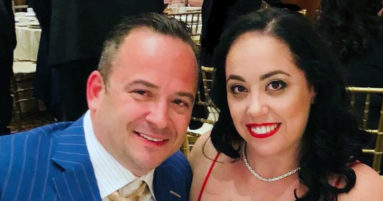 John Swartz works as if his family depends on it. Because they do. Like many self-driven, commission-based entrepreneurs, he hustles to get the most of each day. Because he can.

In New Jersey, where nobody sells more real estate than RE/MAX, as measured by residential transaction sides, Swartz makes deals happen. Hundreds of them, every year. That initiative earned him the RE/MAX award for most U.S. closed transactions by an individual agent in 2017.

In 2018, though, Swartz made a move he now regrets. Long recruited by a national competitor’s large local office, he jumped ship, drawn by his curiosity to try something new.

It didn’t take long to realize his mistake.

“Right away, I knew it wasn’t a fit,” says Swartz, who earned Titan Club in 2017 and is a Lifetime Achievement award winner. “The place lacked everything I needed, including independence, a competitive environment and a strong focus on sales rather than recruiting. It was frustrating, to say the least.

After eight months away from the network, Swartz joined RE/MAX Community in Williamstown, New Jersey. He says he returned to the brand for a number of reasons, including these four:

When Swartz looked around his new brokerage in 2018, he saw many recently licensed agents and a focus on training programs for only those agents. He saw an office that made representations that appeared to be much more desirable than they actually were, including profit sharing and a better team structure. What he didn’t see there was his future or a place where an agent who works on a higher volume could thrive.

“I’ve explored all the other options. At this point, I wouldn’t consider anything but RE/MAX.”

“At RE/MAX, I’m used to working with other top producers who share ideas all the time,” he says. “When I have a problem, I like being able to talk it through with somebody in the office who shares the same experience and works like I do. I couldn’t do that at the competitor’s brokerage.”

Swartz, who works alongside his wife Lindsey, began his career at RE/MAX 18 years ago because the RE/MAX agents he knew “seemed to have all the listings, the inventory, the quality.”

That first assessment was true then – and even more true now, he says.

“It’s understood that RE/MAX agents are independent and strong. RE/MAX agents who invest in themselves on a regular basis are a different caliber than agents at competing offices,” he says. “I know other agents appreciate working with us, and my clients know that I know what I’m talking about.”

RE/MAX holds No. 1 market share in New Jersey, and the balloon is a powerful advantage for more than 170 offices and 3,000 agents throughout the state.

“I’m not one of those people who thinks my success is all me,” he says. “I get a lot of value from the RE/MAX brand, which helps me tremendously. The name and logo carry a certain level of prestige. Without RE/MAX, I wouldn’t be at the level I am today.

“I’ve explored all the other options. At this point, I wouldn’t consider anything but RE/MAX. The agents and brokers in our network just get it.”

3. Leads That Go Directly to Agents, Not Offices

As a high-volume listing agent, Swartz knows how inventory creates leads. Keeping all lines of communication open – where prospective clients can contact him directly from Zillow, realtor.com and his own signs – is crucial to his successful business. But when he left RE/MAX for the other national brokerage, things changed.

“The other brand sounded good from the outside. But now the curiosity’s been met and I’ll never [leave RE/MAX] again.”

“After I plugged into their website, I noticed a significant drop-off with buyer lead calls on my listings, even though I was promised I’d get them,” says Swartz, who suspects less-experienced agents in the office were receiving his leads. “As soon as I came back to RE/MAX, within five minutes, I saw a significant jump.”

Swartz points to a past client who came to him via sign call five years ago. Swartz directly attributes more than $300,000 in earned commissions to that one investor, thanks to transactions, referrals and leads.

The reality of losing potential business like that moving forward – of not being able to capture and nurture his own leads – was devastating.

“I thrive on calls. I try to keep my inventory up, price everything right and show properties as soon as somebody reaches out,” he says. “That’s how we close a lot of numbers.”

Because Swartz does high-volume business, he operates somewhat differently than other agents. But his new brokerage wasn’t equipped for that.

“Unlike RE/MAX, they weren’t really worried about me selling real estate. Everything was about systems and training newer agents, and most of the focus was on recruiting from top to bottom.

“But at RE/MAX offices, we have freedom because we’re in a brokerage where agents are experienced,” he says. “It makes a big difference.”

Now that he’s back at RE/MAX, Swartz credits the flexibility with helping him shift his business to a higher price and fewer units. It has a lot to do with the level of agents in his office, but also the mindset he has at RE/MAX.

“In a sales business, state of mind is everything,” he says. “You have to be happy. You have to enjoy where you are, the people you’re with and the process you use. I’m great on all counts now.”