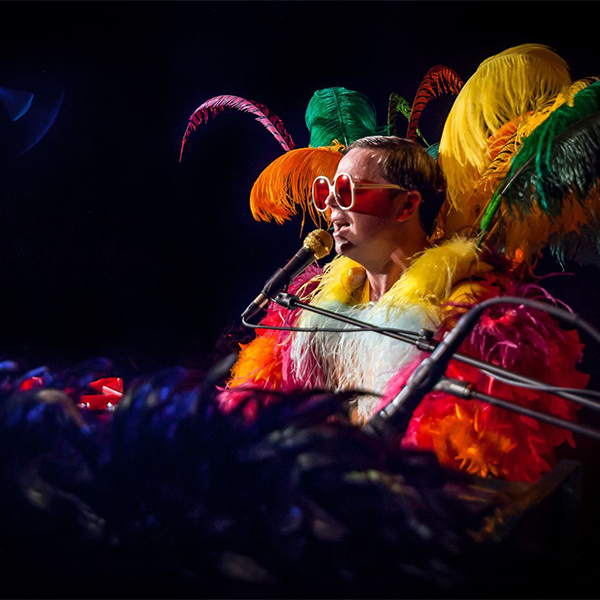 Thursday, February 20, 2020-The Rocket Man Show-A Tribute to Elton John (The Emerson Center) Simply put – this is Rocket Man! Rus Anderson’s own live production The Rocket Man Show which got him noticed and hand-picked by Elton John himself as his official body double for his Farewell Yellow Brick Road world tour videos & photos! In the concert, Rus recreates the magic & live persona of a young Elton like no other… Storming around the stage with a fun-loving sense of flamboyance; part diva, part soccer player, killer vocalist, fierce piano player and all rock and roller. His painstaking attention to detail includes wearing gorgeous, colorful & spectacular costumes (many originally worn by Elton) including his iconic boots, glasses & jumpsuits from 1973, as well as a sparkly Swarovski tuxedo from 1984. Remember when rock was young? You will after this show!

Where:  The Emerson Center, located on the SE corner of 16th Avenue and 27th Street