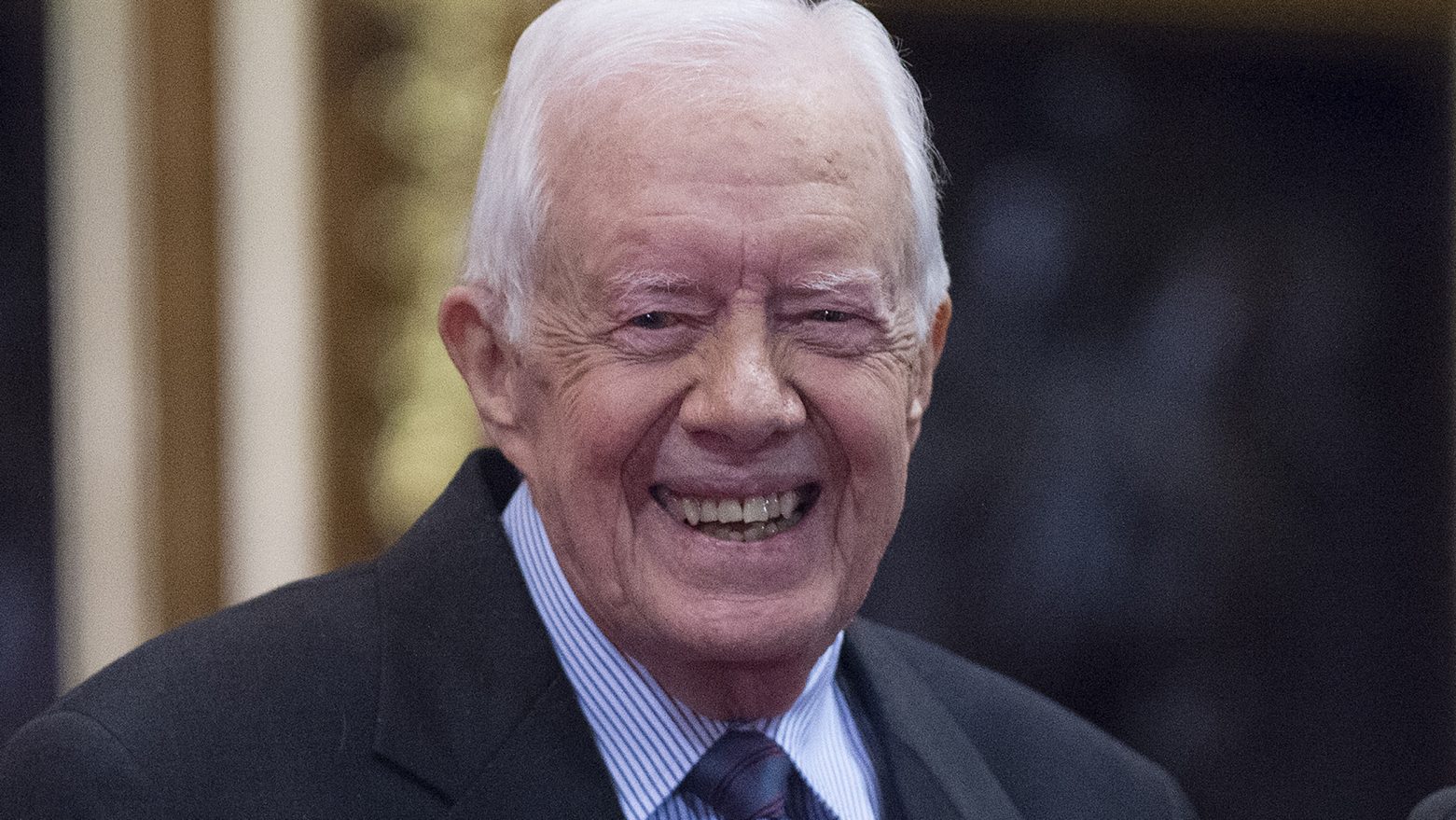 James Earl Carter Jr. is an American politician and philanthropist who served as the 39th president of the United States from 1977 to 1981. A member of the Democratic Party, he previously served as a Georgia State Senator from 1963 to 1967 and as the 76th Governor of Georgia from 1971 to 1975. After his presidency, Carter has remained active in the private sector; in 2002, he was awarded the Nobel Peace Prize for his work in co-founding the Carter Center.  He currently is the oldest living President!