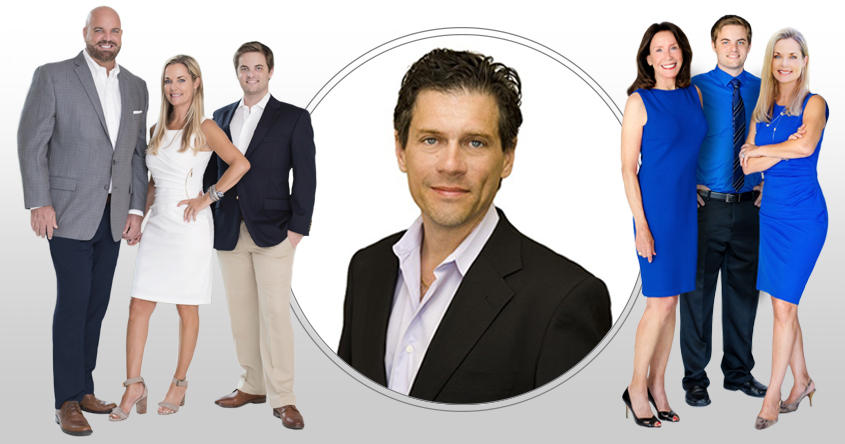 Success abounds at RE/MAX Metro in Florida’s Tampa Bay area. Over the past 12 years, what began as a single office of 33 agents has grown into four offices and more than 160 agents. RE/MAX Metro will likely exceed $600 million in closed sales for 2018, and the brokerage’s Top 20 producers are all on track for Platinum Club ($250,000 in earnings) production.

Broker/Owner Rick Brown has built an appealing value proposition for the area’s top producers – and late last summer another major power team came on board.

“To be honest, I felt things were growing a little stagnant at Coldwell Banker,” Campbell-Plummer says. “We needed something more progressive, and we were tired of having to go through multiple channels to get things done. I watched Rick grow RE/MAX Metro over the years, and the office’s marketing and technology platforms are very strong. I knew our sellers would benefit if we made the move.”

Brown was thrilled by the decision.

“The caliber of their team, their professionalism, the way they treat their customers, their community involvement – they’ve always impressed me,” Brown says. “I absolutely believe in the RE/MAX brand, and I think it’s the right choice for the best in the business.”

Campbell-Plummer began her real estate career in 2005 and grew her business into a luxury powerhouse. Her team – which consists of herself, Merritt, Tammy’s son Christopher, and their “numbers guy” Michael McNelis – works with spectacular properties that command some of the highest prices per square foot in the area.

The RE/MAX network’s global footprint in over 100 countries and territories, supported through the global.remax.com website, added to the appeal.

“The ability to market our clients’ homes on an international scale is a game changer,” Campbell-Plummer says. “Potential buyers can be anywhere in the world.”

Ultimately, RE/MAX Metro was perfectly aligned with the direction Campbell-Plummer and Merritt saw their business moving.

“Tammy has a strong entrepreneurial spirit, and I know the flexibility we offer intrigued her,” Brown says. “That’s what RE/MAX does – we foster entrepreneurs and help them build their businesses. Our goal is to create an atmosphere where agents can thrive.”

Tammy Campbell-Plummer knows it’s hard to break into the luxury market, but preparation and confidence can win the day. When she interviewed for her first multimillion-dollar waterfront listing, the prospective client asked how many luxury homes she had sold in her career. “Well, none yet. Yours will be my first.” And it was.

Prepare to be hands-on

Luxury sellers have high expectations. “Most of them want concierge-level service. Once they know you and they see the quality of your involvement, they trust you and become very loyal. And they don’t reach out to anyone else.”

When Campbell-Plummer first started prospecting, she realized it was ineffective to market to areas she didn’t know well. “So I focused on the area I was familiar with. I became much more successful marketing on a hyper-local level.”

Have a genuine passion for people

“Always try to remember that you’re selling someone’s home, not a commodity. I’m passionate about respecting and empathizing with my clients. They know I’m being genuine, to the point where some of my clients are now my good friends.”